A jumbled sea of stories

Usually I steer clear of movies that have characters with disabilities of any kind. I don’t like feeling forced to empathise with a character or be called insensitive if I don’t. But Bollywood, despite Guzarish and some others, has really handled disability very well in recent times. Paa, Taare Zameen Par and this week’s Barfi.
Barfi is a story about deaf and mute boy (Ranbir Kapoor is absolutely incredible in this movie and so cute!), an autistic girl (Priyanka Chopra) and of course the message of all Bollywood movies: love surpasses everything.

The movie successfully manages to skip past sympathy and gets straight to the story; that there is an autistic person and a deaf-mute is almost kind of incidental. I’m not an expert at writing movie reviews but this is a movie I would recommend to everybody. The music is very sweet and some of the scenes are shot extremely beautifully. The cast is great; it’s just a wonderfully made movie.

I caught the 11pm show and at 2.30 am, I took a rickshaw home from Andheri alone, plugged my headphones in and I realised, it was 2.30 am. A few years ago I wouldn’t dare go alone anywhere past midnight and yes, there is still that occasional moment of anxiety when I’m the only woman on Khar station and the sleeveless kurta seems to reveal more than it actually does. And then there are nights like these when I’ll stop on the way and smoke a cigarette with the rickshaw driver, when all of Bombay seems to mutter stories and the song that plays on shuffle seems to fit your life and even the street lamps look like fireflies. Nights like these when coming home and opening a word document seems organic. You have almost no idea what you’re writing but you do. It may not be as inspiring as you thought it was in the morning but what I’m coming to, after all this pointless build up is that Bombay is so full of stories, so many worlds, so many characters. 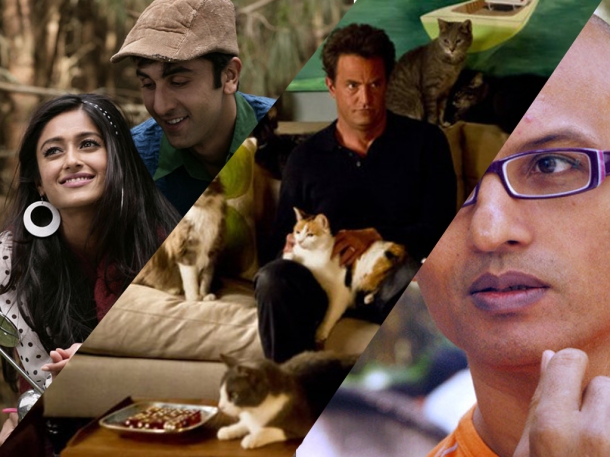 Speaking of Bombay stories, this week, Narcopolis by Jeet Thayil (of the super cool Sridhar Thayil) was nominated for the Man Booker prize. Honestly, I’m not the biggest fan of the book, the story is great, the narrative is exciting but somehow it seem a bit, erm, pretentious. I know. Maybe I just didn’t get it. Maybe I’m being a hipster and don’t want to like anything that’s popular (Ok, that’s not true. Look at the fangirlism on this website). But this is still terribly exciting news for Indian fiction and I do hope Thayil wins. We’ll know in about a month, and till then if you haven’t read Narcopolis yet, you should. Do tell me what you think.

And here’s something else I recommend this week, Go on. Matthew Perry’s latest show is about a radio jockey who loses his wife and has to attend mandatory group therapy sessions. Matthew Perry is one of my favourite actors and every time he fails I take it personally. Studio 60 lasted only one season (and what a spectacular season that was), Mr. Sunshine was terribly lackluster so I had my fingers crossed for Go on. Two episodes in, and I predict good things to come. A very cute story with Perry’s trademark humour and wit and a cast that makes for some crazy and sweet moments, Go on might just be the show to watch this season.